ATREE CERC organized the 12th edition of Vembanad Fish Count (VFC) from May 29th, 2019 to May 31st, 2019. An orientation session for the participants was held on the first day where they were provided information about the changes in the Vembanad lake ecosystem from pre-british times and the sampling methodology. The other two days of the fish count saw the participation of over 100 volunteers.

The main mission of VFC is to identify various species of fish in Vembanad Lake and create awareness about the dwindling fish diversity in this region.The fish count took place in three divisions of southern region and three divisions of northern region of the lake. In the southern region teams covered Thanneermukkom, Kayipuram and Alappuzha.In northern region the VFC was conducted in Arookutty Murinjapuzha and High Court. The previous Fish Counts have revealed a constant decline in the diversity of almost all kinds of fin and shell fishes, pointing to increasing pollution of the lake. This year too a similar trend was observed. 98 species of fish were found this time while last year 117 fish species were recorded. 50 types of fish were found in the northern part of Thanneermukkom bund, 48 types were seen in the southern part.

It is estimated that a total of 7,500 tonnes of fish wealth in the lake is depleting every year.

The VFC also included a survey where fishermen one of the primary stakeholders provide information about the state of fisheries in this region. Water quality testing was also done to assess the health of the ecosystem as it is a crucial indicator of species diversity. In the VFC tests were conducted to ascertain the DO, pH, salinity, water and air temperature, turbidity, water odour and colour.

VFC is organised in collaboration with Kerala University of Fisheries and Ocean studies (KUFOS), India Biodiversity Portal, and Samyuktha Vembanad Kayal Samrakshana Samithi (SVKSS). It is supported by Antrix Corporation as part of its CSR initiative. 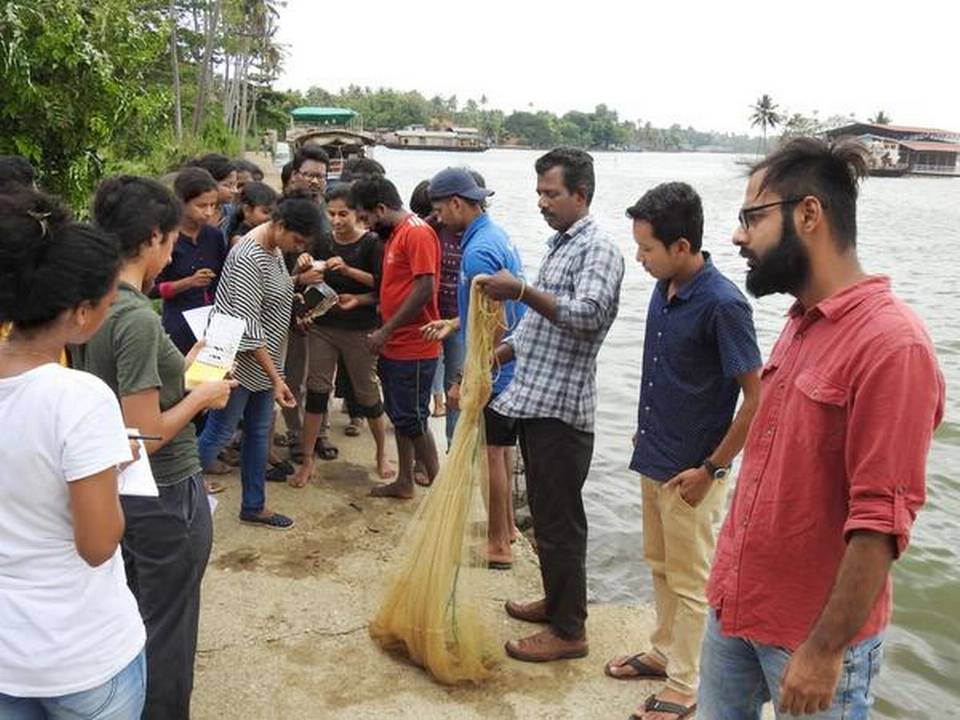