Wildlife corridors are critical for the movement and long-term survival of species in a fragmented forest landscape, but threats to these migratory routes could undermine their functionality. Take for example the three wildlife corridors in Biligiri Rangaswamy Temple (BRT) Tiger Reserve — Edeyarahalli corridor, Mudalli corridor and Punajanur corridor— which connect the contiguous Protected Areas in the Nilgiri Biosphere Reserve. 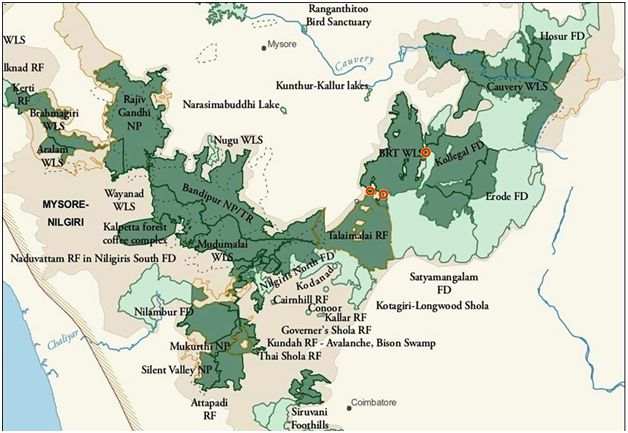 These corridors play a major role as genetic links between the Western Ghats and the Eastern
Ghats by favoring dispersal and genetic exchange (mating) among wildlife. However, human and natural pressures have reduced the feeding and breeding area for animals. Presently these corridors and adjacent forest areas are under threat due to fuelwood collection, livestock grazing, and human-induced fire. Natural disturbances such as the invasion of Lantana camara and mistle-toe also undermine the functionality of these corridors. Fragmentation and degradation of these corridors have also led to frequent human-wildlife conflicts, particularly involving large migratory herbivores and wide-ranging carnivores.

Elephants that move across these fragmented, human-dominated forests in search of foraging grounds, shelter and water, often encounter farms along their path, which then bear the brunt of crop raids and other forms of conflicts between humans and wildlife. Additionally, with diminishing food-plants for these animals inside the forest, owing to the proliferation of invasive species like Lantana camara, traditional migratory routes have been compromised, leading animals to wander into farmlands. 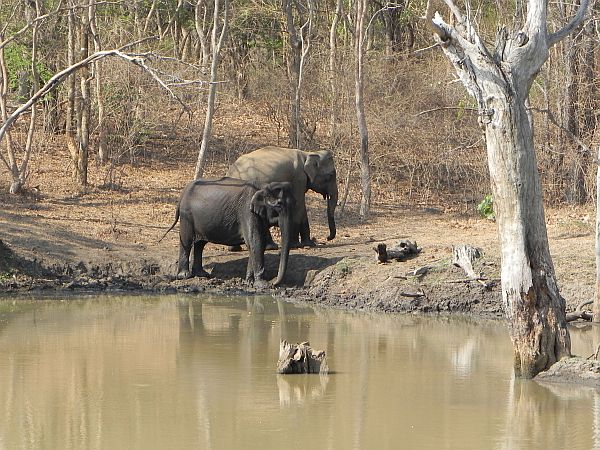 Large-scale crop depredation threatens to erode local support for conservation. With regional food security becoming a major concern, fear and animosity among locals are growing, resulting in retaliatory killing of animals, poaching, and activities that are destructive to wildlife habitats.

But despite growing tensions among local stakeholders in the landscape, hope for community-led restoration of these corridors still exists; it is perhaps the sole solution to such conflicts. 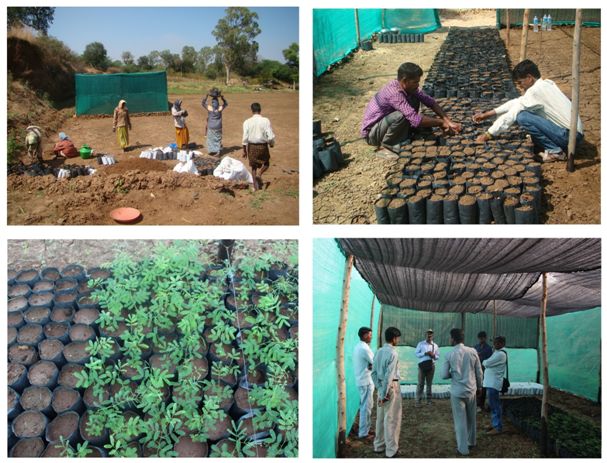 Restoring these corridors with native vegetation, controlling the invasion of Lantana camara, and reducing anthropogenic pressures in and around corridors could help improve these wildlife habitats. Furthermore, BRT is one of the few tiger reserves subject to the Forest Right Act, providing locals populations rights over forest resources. Local communities and institutions –women-led self help groups, village panchayats, the Tibetan Association, Parisara Premi Sangha, and Raitha Sangha– have actively participated in eco-restoration activities in the Edeyarahalli corridor. Around 5,000 saplings of ten suitable native plant species have been raised in community-managed decentralised nurseries close to the corridor. Moreover, local stakeholders and institutions are now in the process of forming a “Corridor Conservation Committee”, which aims to regularly monitor the activities and outcomes of the corridor restoration programme.

The co-existence of wildlife and humans need not be mired in conflict. Community-led restoration of the Edeyarahalli corridor is a promising example of wildlife-human co-existence zones where conflicts between humans and animals are minimal and the movement of animals is unhindered. In fragmented forest landscapes, well-maintained wildlife corridors will improve the functionality and reinstate an array of ecological and environmental benefits; such as maintenance of ecological processes including migration, colonisation and interbreeding in plants and animal communities, thus reducing human-wildlife conflicts. 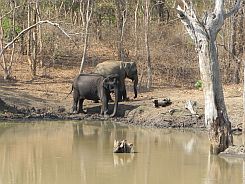