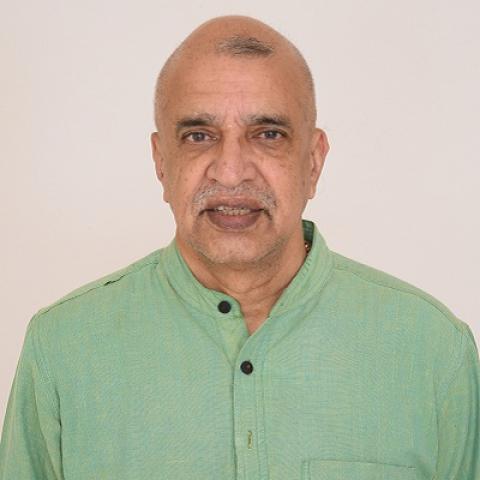 During the last 25 years, FRLHT-TDU has inspired research and outreach in the field of Ayurveda-biology a new transdisciplinary domain that combines systemic perspectives of Ayurveda with the molecular approaches of biology. In recognition of Darshan Shankar’s, pioneering work in promoting integrative health sciences, he was awarded the Padma Shri, by the Government of India in 2011.

During 1980-92, Darshan lived and worked for twelve years in a tribal district in Maharashtra on projects related to S&T applications for tribal development.

His core contributions have been in the field of educational innovation.  In 1973, at the University of Bombay, Darshan designed and implemented a post-graduate “experiential” learning program that won him the Commonwealth Award in 1976 for the best program in the Commonwealth for linking University education to community needs.

He has held several honorary positions like Advisor (ISM), Planning Commission, Government of India (GOI), and Member, National Wild Life Board, GOI. He is currently a Member of the National Bio-Diversity Authority, GOI.